So, what do you think? Which animal is faster, the rabbit or the turtle? Common sense says the rabbit, but one fable says differently… Nevertheless, let us focus on some adjective forms here… (if you have forgotten what adjectives are, here are some examples: tall, beautiful, clean, clever, etc.)

And, of course, adjectives have a comparative and superlative form. (ex: fast –faster – the fastest)

Remember: you should always use THE with superlatives!

Let us try out the rule for short adjectives: clean – cleanER – the cleanEST

For example: big – bigger – the biggest

One more thing, if the adjective ends in y, change the y to i and add  –er or –est

Since it would be too much to add suffixes to already long words, the rule is: make two words – the comparative form: MORE + adjective; the superlative form – THE MOST+ adjective.

Again, it is so sipmle!

Note: when we talk about the adjective far, it is worth mentioning that the comparative form can also be farther, and superlative the farthest (only in contexts relating to distance), but further and the furthest can be used in all contexts (both distance and tiem), so I just put this one form here, to make it easier.

And that’s it! Let’s repeat just the basic rules:

Mind Map: The Past Simple Tense

Mind Map: Welcome to the world of articles! 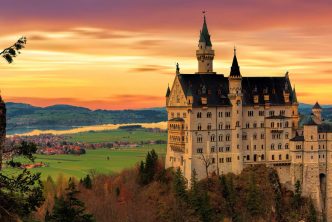